The ReSound One: A Non-Biased, Independent Review By Patients 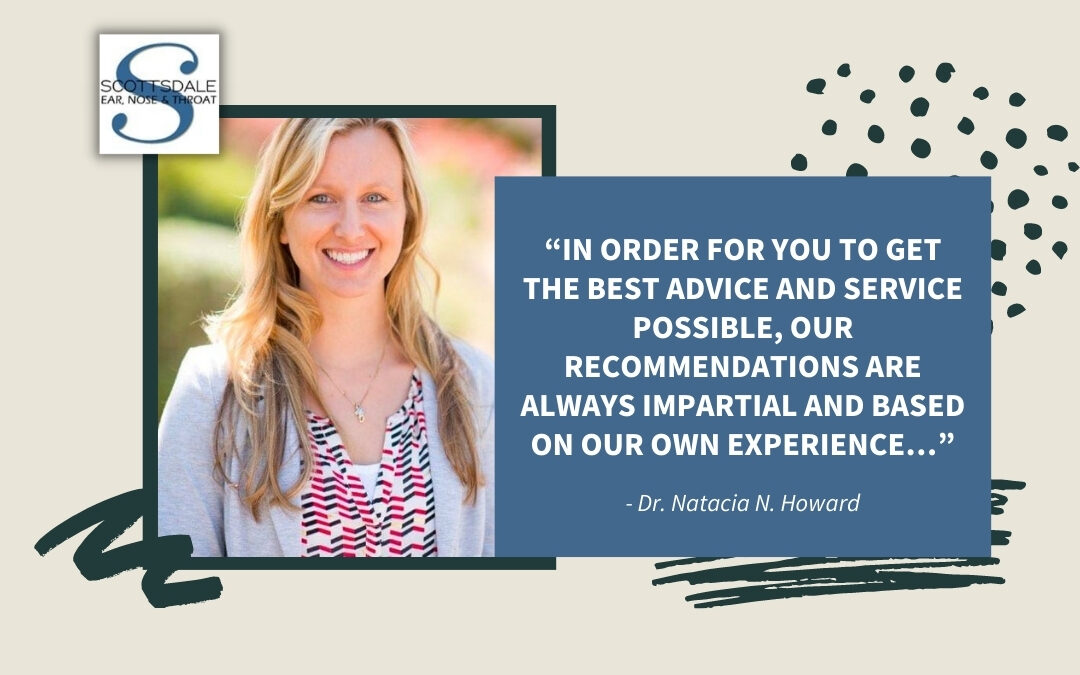 Though the reviews have been overwhelmingly positive, as an independent supplier of hearing aids here at Scottsdale ENT, it’s important we review any new devices ourselves before recommending them to our valued patients.

So, to ensure a completely non-biased evaluation, we invited 7 patients to be fit with the ReSound ONE and asked them to put it through the test over a 14-day period,

In this article, we’re going to share their feedback, plus what each of our audiologists thinks about it.

But first, let me share why the ReSound One has is a newsworthy piece of technology!

Why Is The Resound ONE Different To Other Hearing Aids?

In a similar way that spectacles technology only marginally increases with each innovation, it’s no secret that hearing aid technology is exactly the same, however, we can clearly see now that the ReSound One is different.

The ReSound one appears to have “gone back to the drawing board” and created something that looks, feels and performs significantly better than anything else that has come before it.

What Exactly Is The Innovation That Makes It Better From The Rest?

According to ReSound, the answer is the advanced speech recognition capabilities, which improves wearers’ hearing when there is a lot of background noise.

A microphone that sits inside the ear canal makes this possible, which is a huge leap from the traditional behind-the-ear design that for many, is what has given hearing aids that infamous “way too visible” stigma.

This one massive design change is revolutionary, as it offers a whole new sound experience, utilizing the ear’s unique shape to deliver the most natural sound in all environments.

As a result, if you’re in a restaurant, a coffee shop, or in a meeting, you can hear frequencies that would have otherwise been inaudible.

In addition, whereas most hearing devices amplify all noises, the ReSound ONE picks out only those that you’re focusing on directly in front of you.

Sounds behind and around you are audible but don’t interfere with what is going on right in front of you, giving you a new level of clarity in group settings and offering the best one-to-one hearing experience on the market.

Naturally, it also comes with a range of developments that you would expect from a new release such as:

So, What Was The Feedback From Our Trusted Patients?

Firstly, I must note that, in order to give you the most honest, non-partial and above all, all-rounded review of the ReSound ONE, it was important for us to select a wide range of patients who all currently wear hearing aids, but have different hearing challenges, including those who needed hearing technology in a working environment, through to those who are retired and are looking to improve their hearing in more social surroundings, such as restaurants or churches.

By doing this, we could test the ReSound ONE’s versatility, as, you know as well as I do that everyone’s hearing is different.

Here’s What They Had To Say:

Nancy said that from the moment she put them on, she was amazed, as the sound was both louder and clearer.Because of this, she rated them 10 out of 10.

Bill said that the biggest difference for him was the much-improved sound that he experienced, and he liked that they didn’t have any batteries compared to his existing hearing aids, leading him to rate them 8 out of 10, and he would definitely recommend them to others.

Midge was impressed by the sound quality, which he says improved by 100% compared to his existing hearing aids. He also said that we was able to hear and follow conversations much better in the restaurant, as well as having a better experience at the movies. Midge rated them 10 out of 10.

Roger said that his wife had commented on his better hearing whilst wearing the ReSound ONE! Roger believes the quality of sound was much improved, and was impressed that he could recharge the batteries at night. 7 out of 10 for Roger.

Ken was immediately struck by the clearer sound he experienced, and noted that the clarity and his understanding of conversation on video calls was much better. Although, he admits he didn’t try the hearing aids in a noisy environment, he would rate them 9 out of 10.

Tim noted they were more comfortable, less visible and had better sound quality than his existing hearing aids, and was impressed by how hear could hear more in-depth sounds in the restaurant, whilst out with friends. 10 out of 10 for Tim.

George was impressed by the much-improved clarity of sound, and would definitely recommend to others. 10 out of 10.

Judson said that the sound quality and frequency was a little better and rated them 7 out of 10.

Mark was impressed by everything about them. He said the sound was much more balanced front and back, less harsh, less edgy and didn’t have the feedback he was used to with his existing hearing aids. 10 out of 10.

Ed described the difference in sound quality to his existing hearing aids as excellent. He was particularly impressed by their ability to allow him to hear and understand conversations at the other end of a long dining table in a noisy restaurant. 9 out of 10 for Ed.

The ReSound One is certainly one of the highest-rated levels of technology that we’ve had the pleasure of working with.

Following the feedback from our patients, we’re now comfortable recommending this level of technology to patients who we believe it is the right fit for.

If you are interested in experiencing the difference for yourself and be fitted the ReSound ONE to make your own mind up, then you can schedule a Listening Demonstration by calling (480) 684-1080, or you can schedule your appointment online.

Natacia is from a small village in northern Wisconsin. She obtained her Doctorate of Audiology (Au.D.) from A.T. Still University – Arizona School of Health Sciences in 2013. She joined Scottsdale Ear, Nose and Throat in 2016 and specializes in vestibular diagnostic and hearing aid fittings. In her spare time, she likes to spend time with her husband, family and friends, cuddle her kitties and play softball. 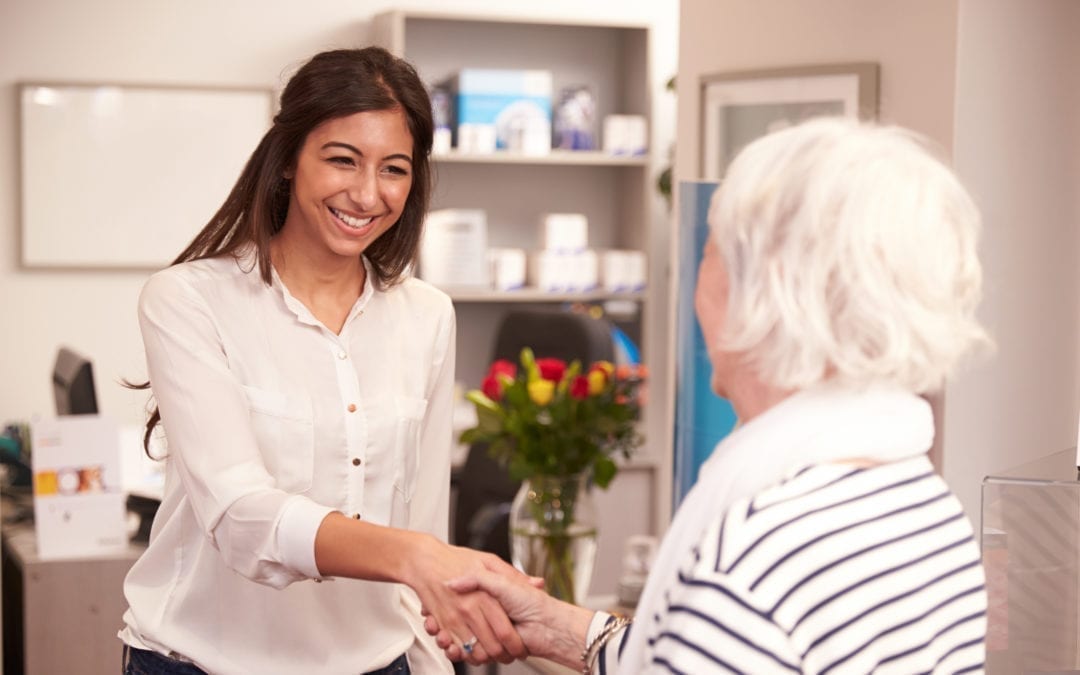 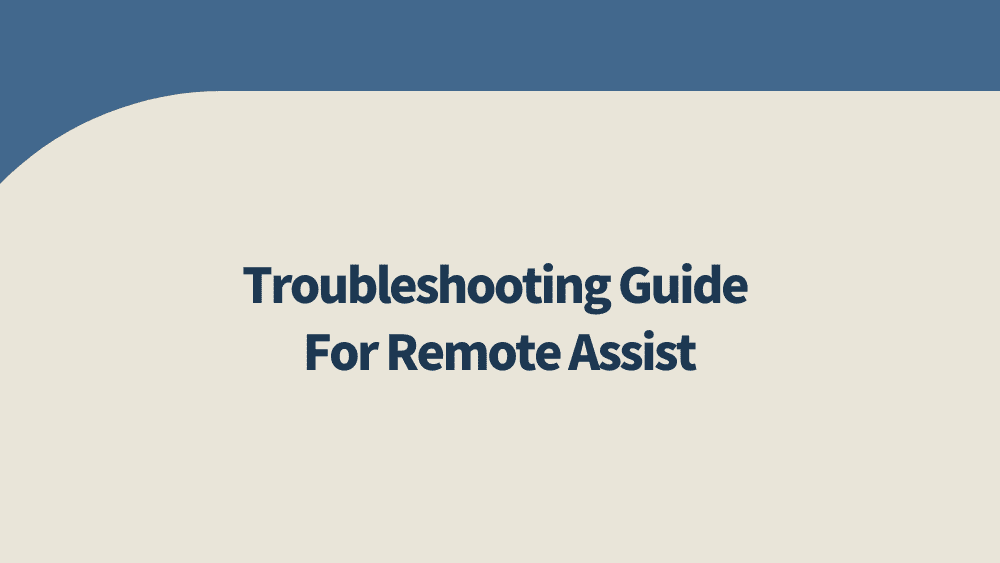 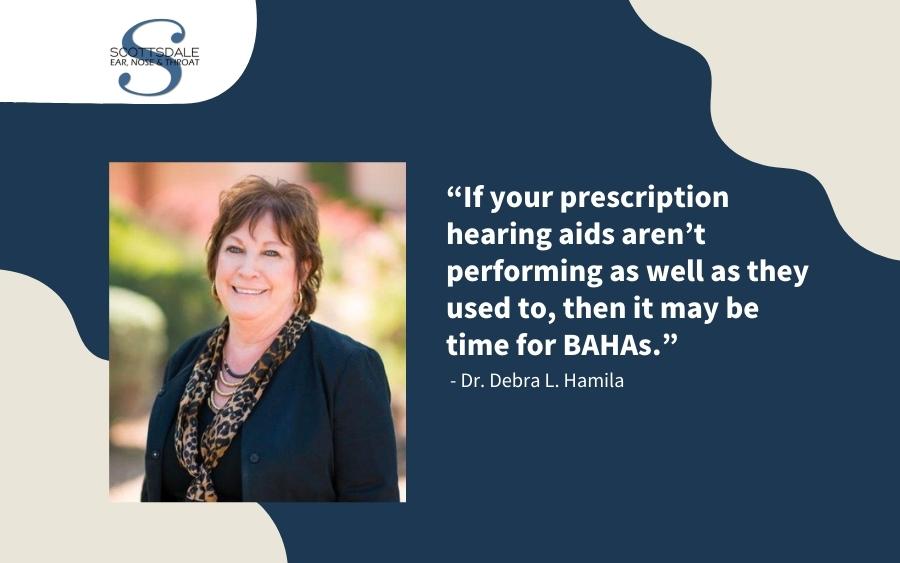 What Are Bone-Anchored Hearing Aids?